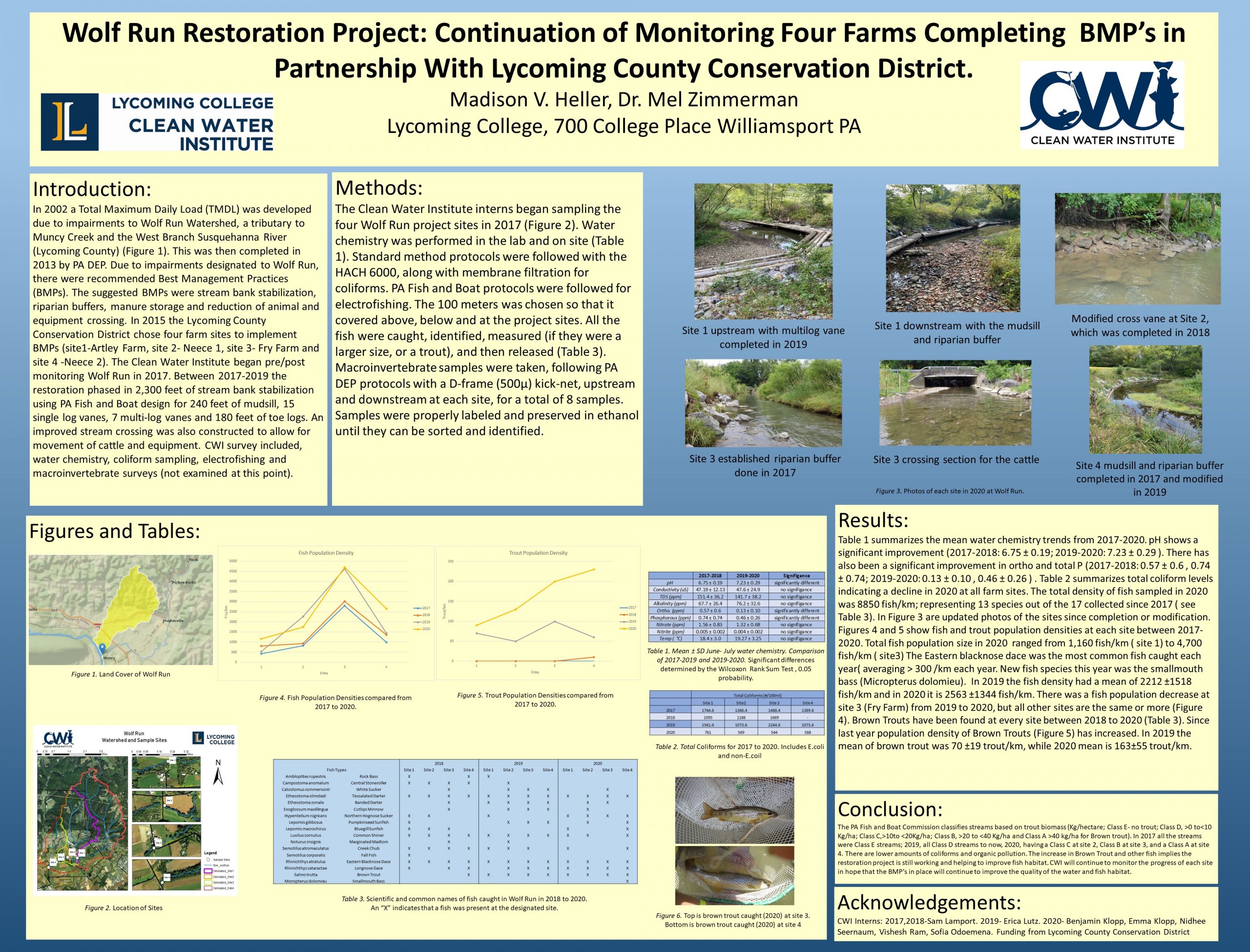 The aim of this study is to look at density and diversity of fish surveys since the institution of the Total Maximum Daily Load (TMDL) for Wolf Run watershed. The TMDL was developed in 2002 because of major impairments seen. Since then, the TMDL has been completed in 2013 by Pennsylvania DEP. In 2015 the Lycoming County Conservation District identified four farm sites for participation in Best Management Practices (BMP) and yearly evaluation. The Clean Water Institute interns this summer were tasked with helping complete the annual fish surveys for the four farm sites. In addition to the fish survey, monthly water chemistry and coliform samplings were collected. Then, the macroinvertebrate samples were completed in October 2020. The fish surveys have been collected since 2017, a year before the project was completed for a base survey. Interpretation of the fish surveys was completed through a program called MicroFish and the Shannon-Weiner Diversity Index. The density of fish found at farm sites 2-4 have gone up an average of 1000 fish per kilometer. The one exception being site 1 (Artley Farm), which saw a slight decrease. The diversity index shows a consistent trend, with some minor fluctuations. Furthermore, an Index of Biological Integrity shows that none of the sites are impaired biologically and are improving since the input of the BMP’s. Site 3 (Fry Farm) is still close to impairment, but is continuing to improve annually. By 2025 it is predicted that these sites will no longer be impaired, and the levels of nitrogen, phosphorus, and sediment will be extensively lowered with an increase in diversity and density. Finally, Lycoming College CWI will continue to partner and assist on this project.