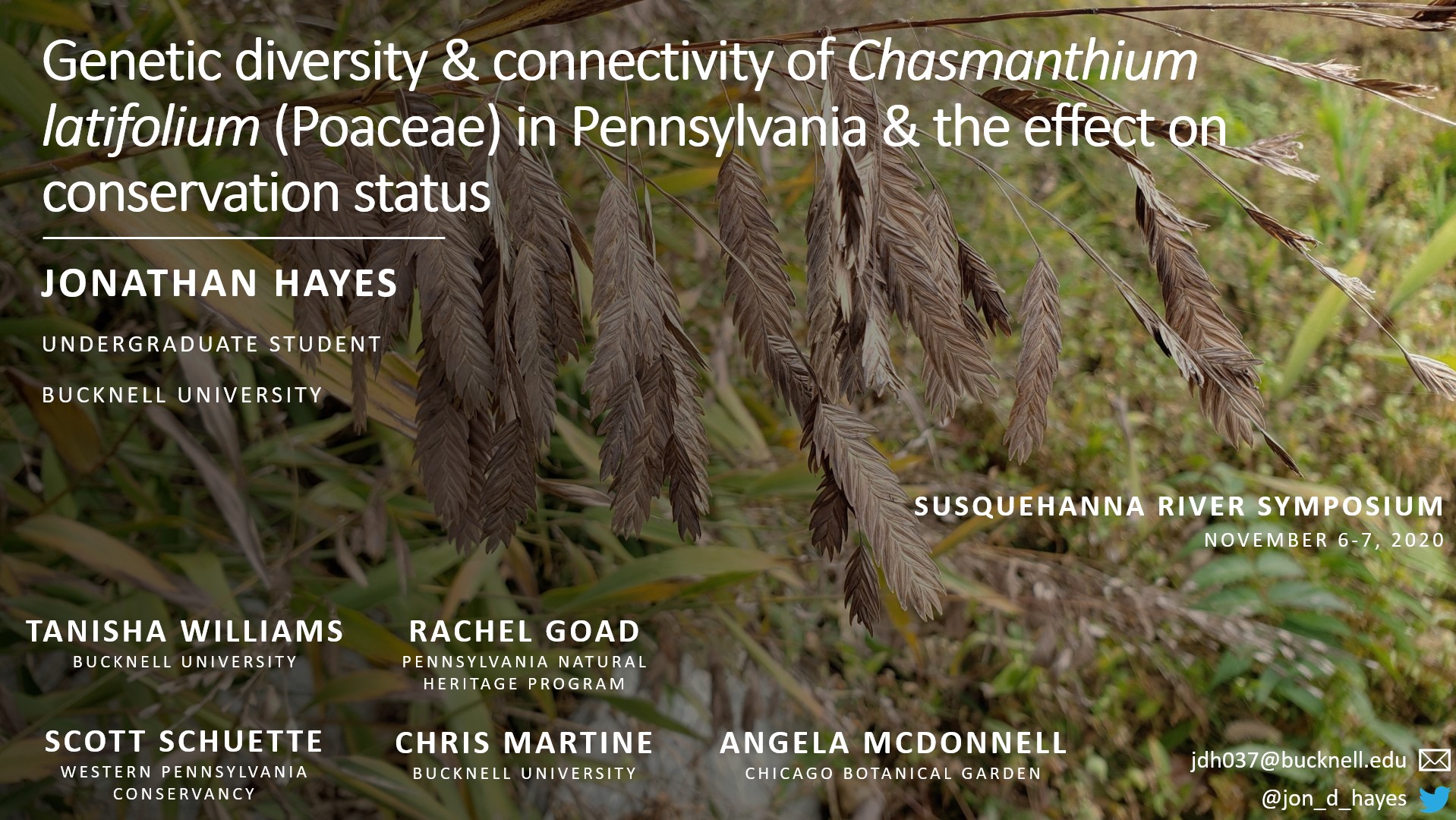 Chasmanthium latifolium (Poaceae) is a rhizomatous perennial plant species that lives in close proximity to rivers and streams, making it fittingly referred to as river oats. Native to the southern midwest and the eastern half of the United States, C. latifolium reaches the northeastern edge of its range in Pennsylvania. Chasmanthium latifolium (Poaceae) is comprised of two metapopulations that exhibit an east-west disjunction within Pennsylvania, one metapopulation around the Allegheny River, and one around the Susquehanna River. Due to the limited and isolated distribution of the species within the state, as well as declining populations, C. latifolium is considered a critically imperiled (S1) plant in Pennsylvania by the Pennsylvania Natural Heritage Program (PHNP) but is ranked as tentatively undetermined by the state. My study aims to achieve two main objectives: 1) investigate the genetic diversity and connectivity of the two metapopulations, and 2) revise the conservation status and develop scientifically informed policies to better conserve this species. This research utilizes a genotype-by-sequencing (GBS) approach to generate genomic data for use in population genetics analyses. By employing iPyrad and packages in the R statistical computing software to synthesize these data, I will gain insight into gene flow and the genetic stability of these metapopulations. Ultimately, my research will provide an updated, scientifically-backed conservation status assessment of C. latifolium in Pennsylvania. This project will combine rare plant survey protocols by the Pennsylvania Natural Heritage Program and Western Pennsylvania Conservancy and genetic work at Bucknell University to address broad conservation questions.